“Real-time” is becoming an omnipresent force in the modern tech stack. As consumers demand faster and more frequent data transactions, companies are increasingly investing in product infrastructure that accelerates these transactions. Though we’ve seen APIs become an economic and technological imperative, they are typically based on request-response style interactions, which limits their scope and effectiveness in the real-time arena.

At its core, request–response is a message exchange pattern in which a requestor sends a request message to a replier system. The replier system receives and processes the request, and if all goes well, it returns a message in response. While this exchange format works well for more structured requests, it limits integrations to those where the expectant system has a clear idea what it wants from the other. These request-response style APIs, therefore, must follow the interaction script from the calling service. 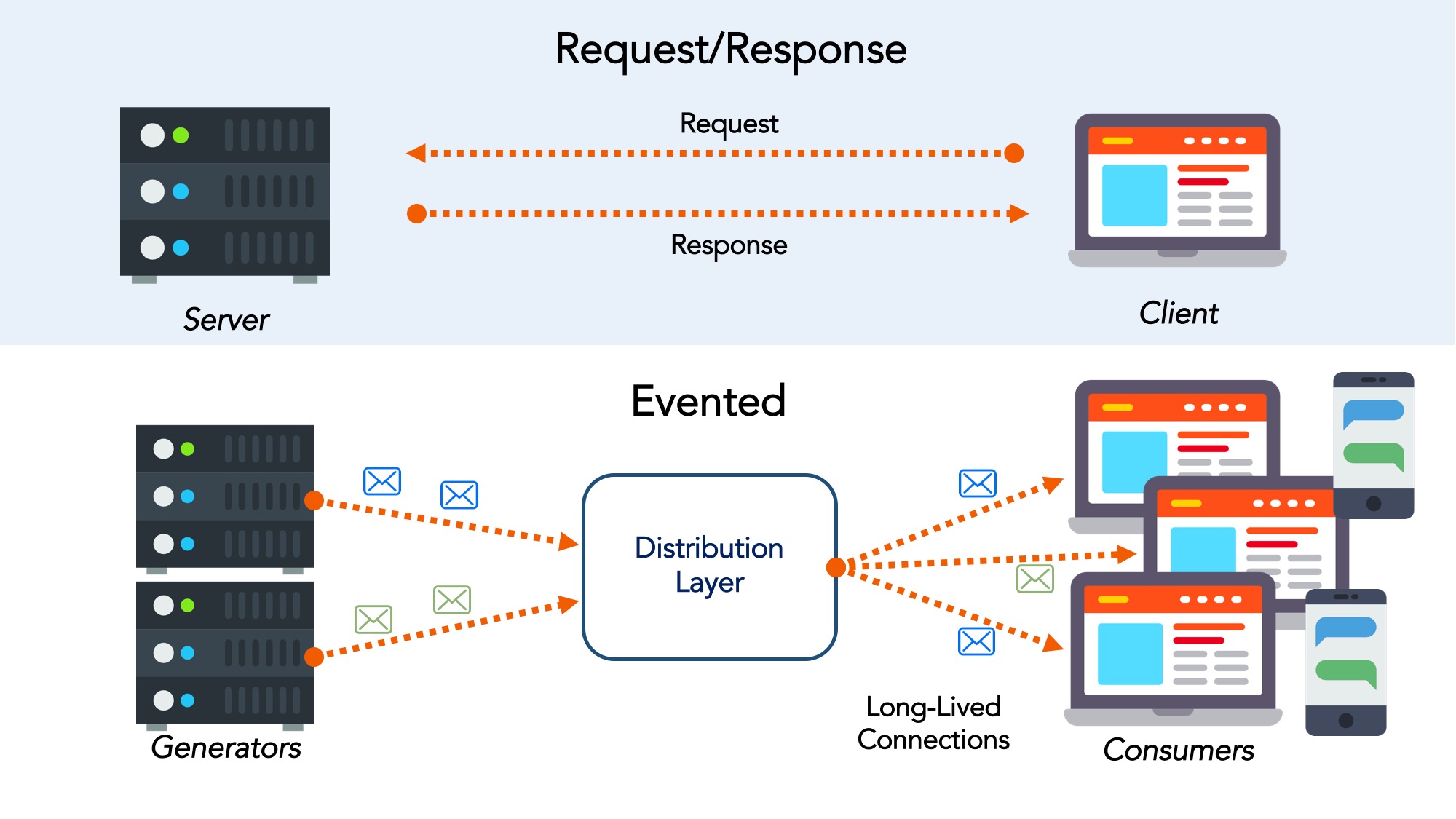 In an event-driven architecture, applications integrate multiple services and products as equals based on event-driven interactions. These interactions are driven by event emitters, event consumers, and event channels, whereby the events, themselves, are typically significant ‘changes in state’ that are produced, published, propagated, detected, or consumed. This architectural pattern supports loose coupling amongst software components and services. The advantage is that an event emitter does not need to know the state of the consumer, who the consumer is, or how the event will be processed (if at all). It is a mechanism of pushing data through a persistent stream.

In the tech ecosystem, there are a number of ways to approach data streaming and evented APIs. Some of the leading SAAS solutions include PubNub, Pusher, Kaazing, and Fanout – which each have their own pros/cons and ramp up investment. For the purposes of understanding the fundamentals of event-driven architecture, we’ll explore some open source software called Pushpin.

From a more systemic perspective, there are a few ways you can integrate Pushpin into your stack. The most basic setup is to put Pushpin in front of a typical web service backend, where the backend publishes data directly to Pushpin. The web service itself might publish data in reaction to incoming requests, or there might be some kind of background process/job that publishes data.

The Future of Evented APIs

In some follow up articles, I’ll discuss some of the unique features that we can see in evented APIs moving foward.  These include event batching, salience filters, and a standard subscription interface.  If you’re looking to play around with a real-time drop-in API proxy, then I highly recommend experimenting with Pushpin to get started.